A Simple Guide to understanding the basics (with examples) 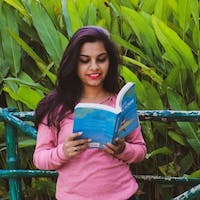 The Nullish Coalescing operator (??) returns the defined value of the two expressions

Remember: 0 is evaluated as falsy but ?? specifically looks for undefined or null only.

In the above example, "Some value" is assigned to val because the left-hand expression evaluates to null.

Since 0 is neither null nor undefined, hence val is assigned 0 instead of 30.

Nullish coalescing (??) seems quite similar to the || (OR) operator, isn't it?

Well, the answer is No. Let's see how!

Comparison with logical || (OR) operator

In the first console.log() statement empty("") string is returned because the ?? operator "" doesn't evaluate to null or undefined.

Similarly, in the first statement since 0 is neither null nor undefined valA is assigned to 0 (left-hand expression).

However, in the second statement 0 evaluates to false, and false || 20 results in 20 being assigned to valD.

Thank you for reading.

I hope this has been helpful. Let me know your feedback in the comments. I would love to connect with you at Twitter | LinkedIn | GitHub